Derbyshire’s Beavers, Cubs, Scouts and Explorers have welcomed the most important car in the Scout movement’s 114-year history to Great British Car Journey.

The 20hp Rolls-Royce, which was manufactured in Derby, was originally presented to Baden-Powell, along with a caravan (Eccles), at the 1929 World Jamboree on the Scouting movement’s 21st birthday.

The car was subsequently named ‘Jam Roll’ in recognition of its connection to the Jamboree and Rolls Royce. 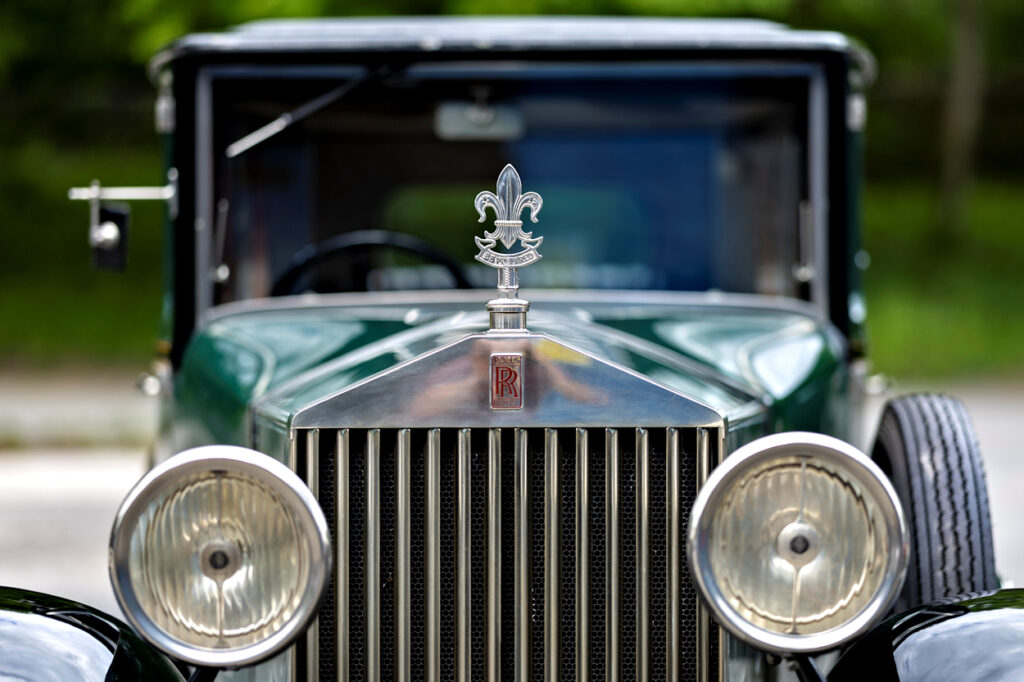 The unique car boasts the Scout Fleur de Lys emblem, etched with the Scouts motto ‘Be Prepared’ on the radiator in place of the traditional Spirit of Ecstasy or ‘Flying Lady’, making it one of a kind.

Now, 93-years after it was presented to Baden Powell, ‘Jam Roll’ has joined the collection of classic cars at Great British Car Journey. The arrival of the car at the attraction was extra special for the Cubs in attendance, as it helped them earn their Collectors Badge.

Tom Stoddart, One of the Trustees of B-P Jam Roll Ltd which owns the car, said: “We are absolutely delighted that Jam Roll is now on display at Great British Car Journey and available to be seen by Scouts and Guides throughout the world. Retaining the car in Derbyshire was very important to us. It is an important piece of Scouting history, and we know that it will be well looked after by Richard and his team.”

Scouts around the world were asked to donate a penny per member and enough was raised to buy ‘Jam Roll’ and ‘Eccles’. Lord Baden Powell used the Rolls Royce and Eccles for many years and after his death in 1941 his family sold it to private owners. It was seen infrequently at Scouts events before being acquired by BP Jam Roll Ltd, a trust established to purchase in the car in 2008 ensuring it stayed in the country. 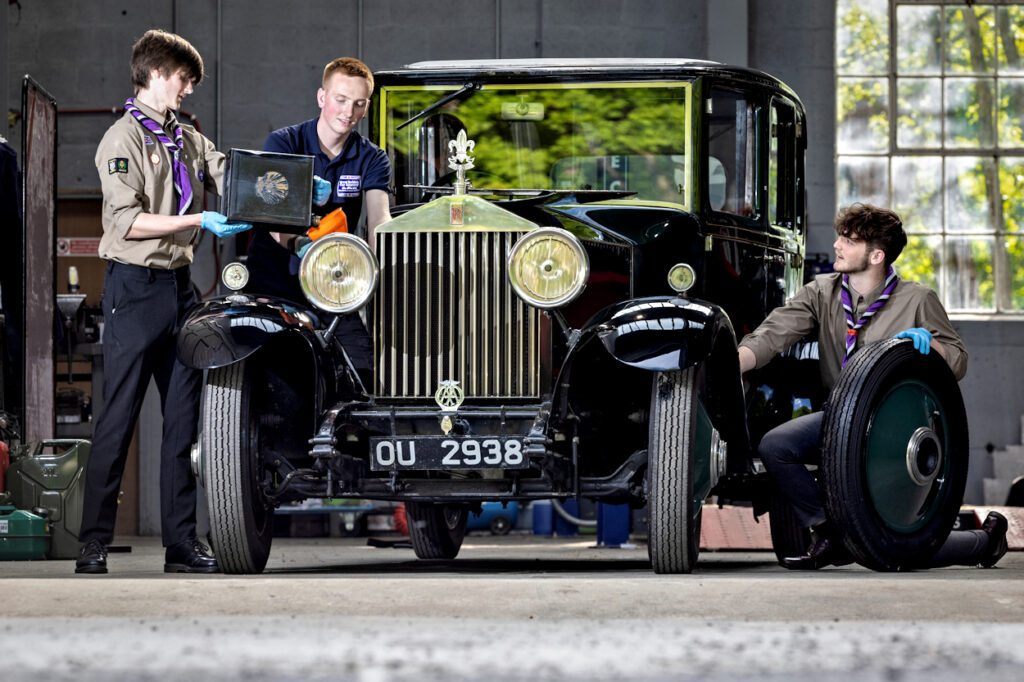 Following Jam Roll’s purchase by the trust, of which Lord Baden Powell’s grandson the Hon. Michael Baden Powell is a trustee, the car was sympathetically restored by Scouting volunteers and members of the Rolls Royce Heritage Centre where it was stored until it arrived at Great British Car Journey.

Jam Roll has found a new home at great British Car Journey where it is now on display alongside more than 130 British-built and manufactured cars which have long since disappeared from the roads, including the Austin Seven, Morris Minor and Ford Escort as well with a number of cars with equally famous owners, including Elton John’s Bentley Continental T.

Richard added: “The fact that ‘Jam Roll’ was made in Derby, only a few miles from Baden Powell’s wife’s home town of Chesterfield and indeed Great British Car Journey, gives this internationally important car a lovely local connection.”

Although now on display at Great British Car Journey, ‘Jam Roll’ will continue to make special appearances at Scout events.

To view Jam Roll and the wider car collection at Great British Car Journey, you can purchase tickets at greatbritishcarjourney.com or simply turn up and pay upon arrival.

If you’re looking for the ultimate trip down memory lane, pick from the 38-strong Drive Dad’s Car fleet and get behind the wheel of your favourite classic car. Visit drivedadscar.com to learn more.